The craft of beekeeping

For the smoothness of our chewing gum we use beeswax. Next to honey it is one of the main products of beekeeping. But how does beekeeping actually work?

Honey is one of the healthiest and most natural foods in the world and - like tree resin - is often referred to as “liquid gold”. To bring the honey out of the combs but also into the jar, the work of the beekeepers is needed.

You spread it on bread, put it in tea or use it as a sweetener. Honey is known to everyone and is an almost indispensable product. It is important to remember that all honey, as we can buy it, is produced exclusively by bees and harvested by beekeepers. Therefore, it takes the cooperation of both to be able to obtain this unique natural product. In short, beekeeping is concerned with the keeping, reproduction and breeding of honey bees, as well as the production of honey and other bee products. 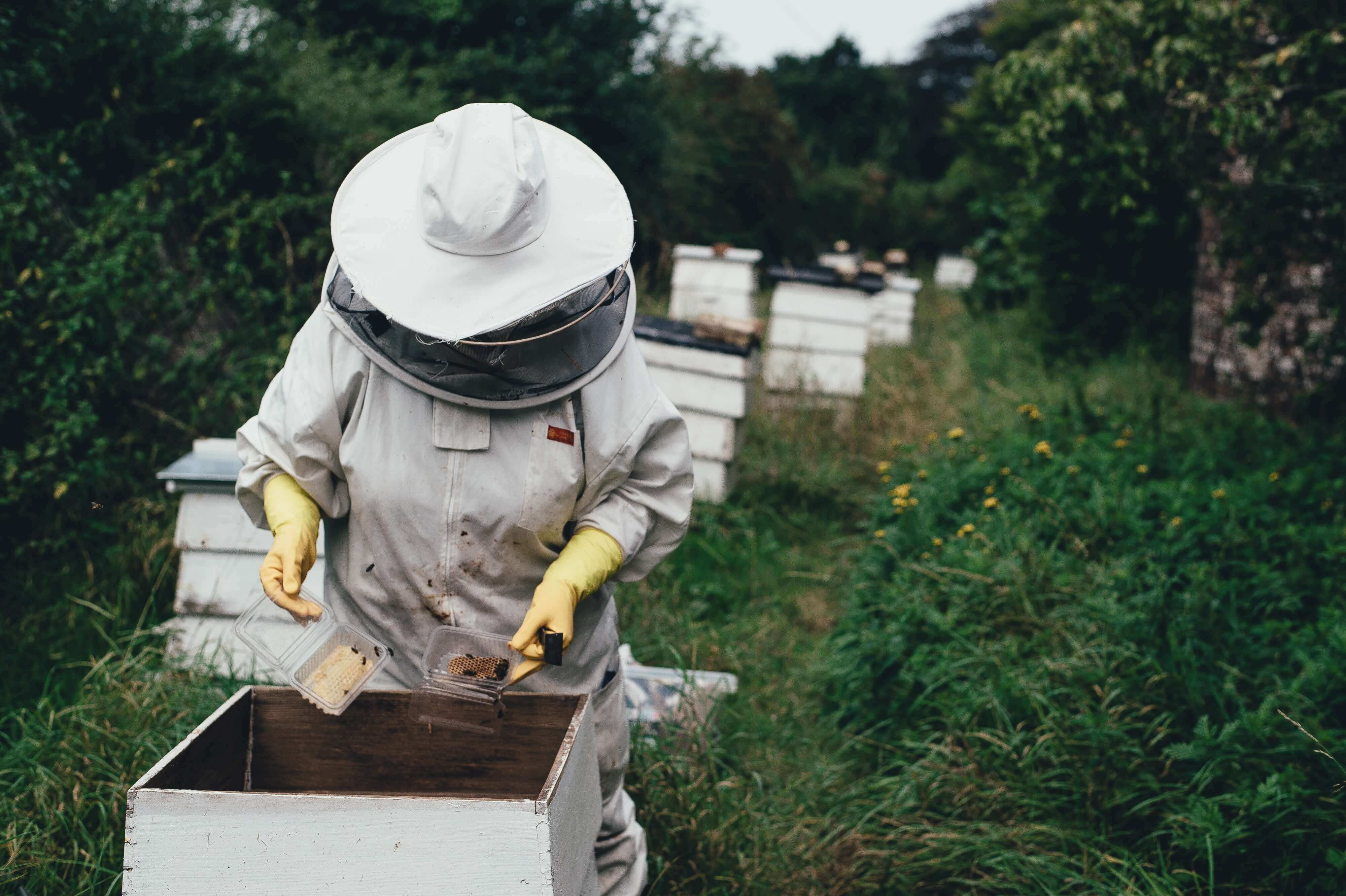 The word beekeeper is a composition from the Low German word Imme for “bee” and the Middle Low German word kar for “basket, vessel”. A distinction is still made between the beekeeper and the so-called Zeidler, who collects honey from wild honey bee colonies in the forest. Beekeepers do not need special training, but they complete a basic course and further training.

A beekeeper is therefore responsible for the bees and their well-being. He keeps his bee colonies in beehives (artificial nest holes), in which there is enough space for offspring as well as honey and food supplies. He also makes sure that they are protected from the weather and predators.

In ancient times, beekeepers imitated the natural tree cavities of honey bees with natural materials, but during honey harvesting, part of the bees’ combwork was cut out and thus destroyed. Only in the middle of the 19th century this stable building was replaced by hives (mobile honeycomb construction). As a result, the harvest is much gentler and the bees’ natural processes are much less affected. In addition, beekeepers used to be regarded as experts whose knowledge and skills could not be dispensed with. Every beekeeper knows his bee colonies and knows how to deal with them. Thus beekeepers could hardly be replaced by temporary workers. Beekeepers have always been associated with age, wisdom, fearlessness and experience. 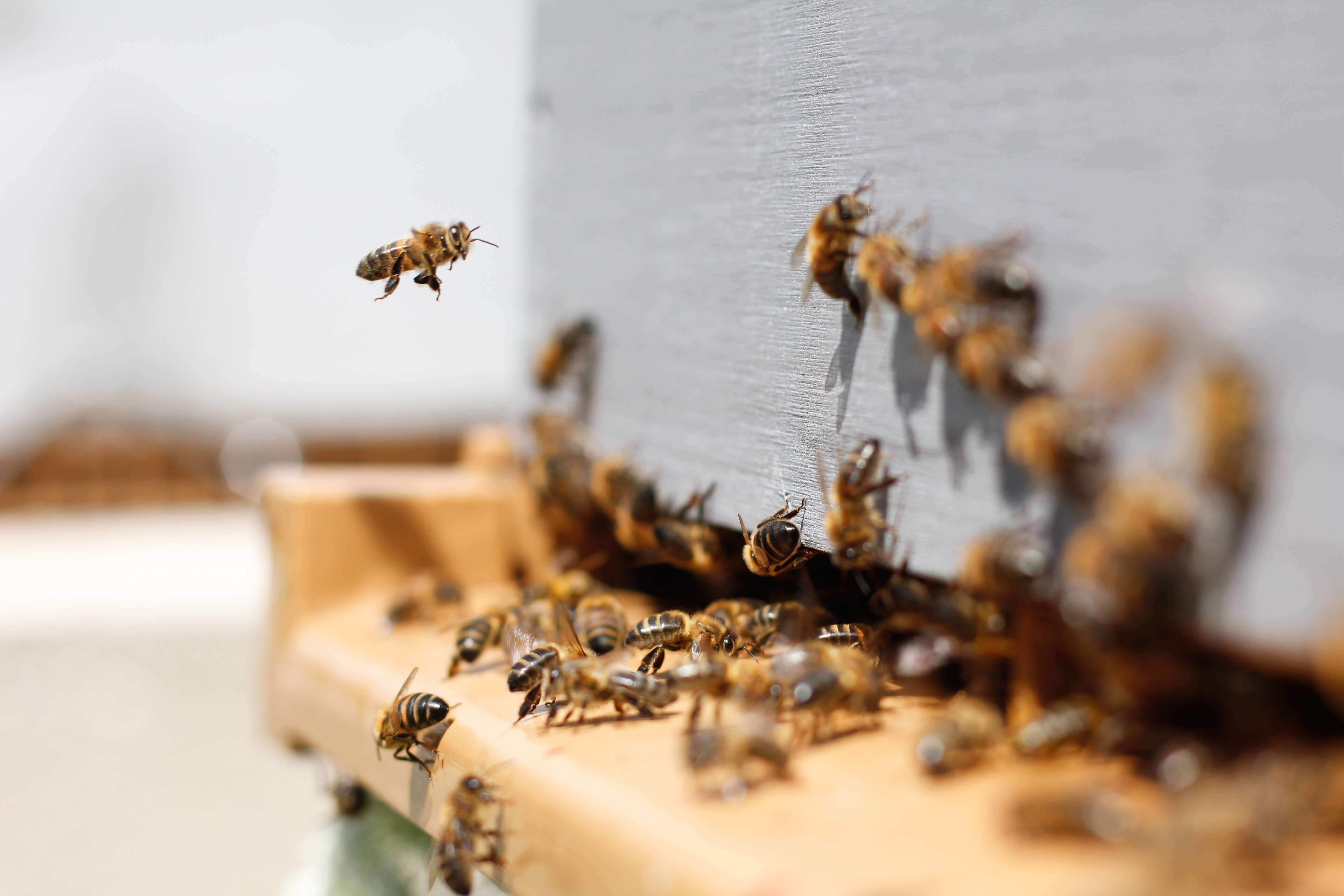 Honey is of course the main product of most beekeepers, but other bee products are also increasingly being offered. In addition, the bee colonies - as one of the most important farm animals - provide for the pollination of many wild plants.

Besides honey, beeswax is one of the most important bee products. Beeswax is not only used for candles, but also in care products and cosmetics. In the pharmaceutical industry beeswax is still considered a basic material and in food production it is used as a coating agent. This important raw material is also contained in our Alpengummi, as a softener for our gum base!

Pollen is often used as a high-quality protein product as a food supplement and the taste alone is quite bitter. For this reason they are often grinded in frozen condition and then mixed with honey. Propolis (also known as bee glue), is considered one of the strongest naturally occurring antibiotics and antimycotics and is still used today in naturopathy as a wound healing agent.

Another product is royal jelly. This is the special feed juice produced by the worker bees and is fed exclusively to queens. Royal jelly is said to have a rejuvenating effect on the human body, but this is still somewhat controversial. However, it can be found in many cosmetics and care products!

Among other things, bee venom is often used to treat inflammatory joint diseases and rheumatic complaints. The poison has a strong blood circulation-promoting effect and releases cortisol from the adrenal cortices.

Varroa destructor (Varroa mite) is considered one of the largest bee pests in the world, as it is already widespread worldwide, with the exception of Australia and Antarctica. Among other things, the mites are responsible for the epidemic-like bee mortality that has occurred in recent years. Mites can also transmit additional harmful viruses. In Europe, mites have only spread in the last few decades, but they have had a major impact on the work of beekeepers. They have to make sure that their bee colonies are healthy and therefore they have to use anti-mite products to combat the Varroa mite. The mite has already become resistant to some of these preparations, and among the still relatively effective (and biological) control agents are acids such as formic acid.