Here is a small insight into the production of Alpengummi. From the manufacture to the machine-supported & climate-neutral production.

Everything began in our kitchen

In 2016, we - at that time two Master’s students of environmental sciences - developed a chewing gum recipe in our own kitchen that was to revolutionise the domestic chewing gum scene.

After the smells had become too much for our flatmates (every day it smelled different, sometimes like strawberry, lemon or apple-hay-flower, sometimes like forest mint, blueberry or cinnamon), we soon moved to a university laboratory, where we continued working on the recipe almost daily.

When we got the REWE Startup-Ticket at the 2Minuten2Million Startup-Show on Puls4 in April 2019 (which unfortunately was not shown in our clip), we got our first big order from Merkur & Billa. To cope with these quantities and to get the market launch going, we switched to a professional rented kitchen, which fulfilled the necessary food requirements. There we produced our natural chewing gums for more than a year - around 40,000 packs of Alpengummi were produced there by hand.

Kneading, rolling, cutting - this is how we spent endless days and evenings (mostly production went on until after midnight). It was exhausting, but we also had a lot of fun. 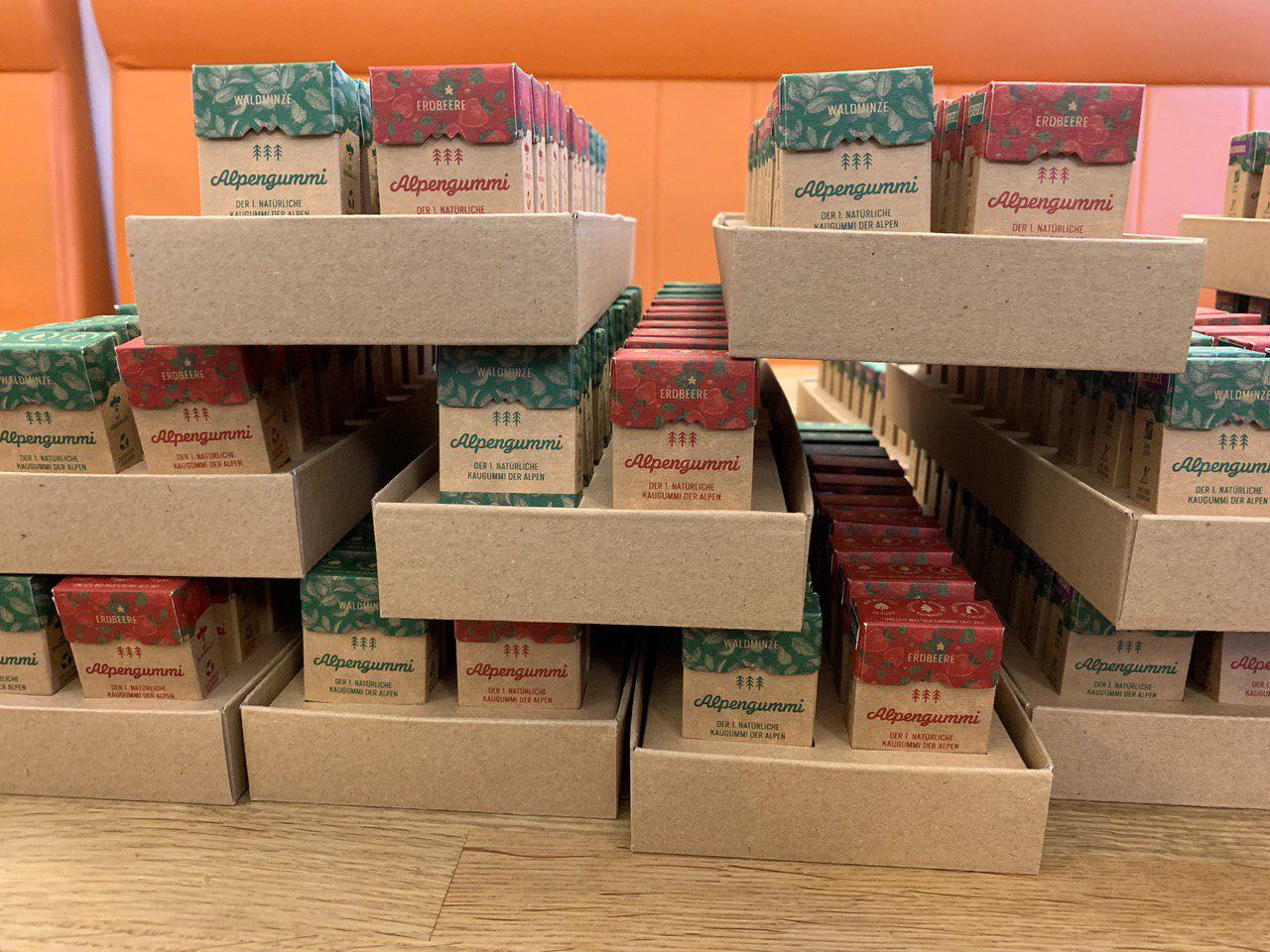 The first big order: In spring 2019 we produced thousands of packs for the innovation shelves of Merkur and Billa © Bergfalke GmbH_ 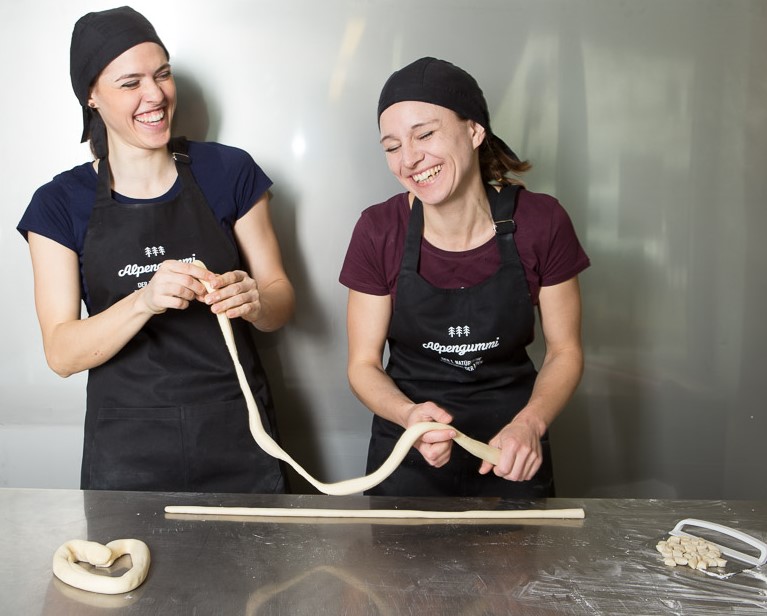 Long days & nights in production. Humour must not be missing © Wolfgang Riepl

In search of the right chewing gum machines

But with the increasing sales, we realised at some point that things could not go on like this. We needed mechanical help and a real production facility.

We applied to the Vienna Business Agency for a machine subsidy, which we received, and started a successful crowdfunding campaign on Startnext.

In spring 2020 - because everything from spoons to chewing gum always had a name in our kitchen - Hubert (the kneader) & Helga (the portioning machine) arrived in our company. Both are no longer the youngest, but they have years of experience in a wide range of industries. In short: they are second-hand machines. 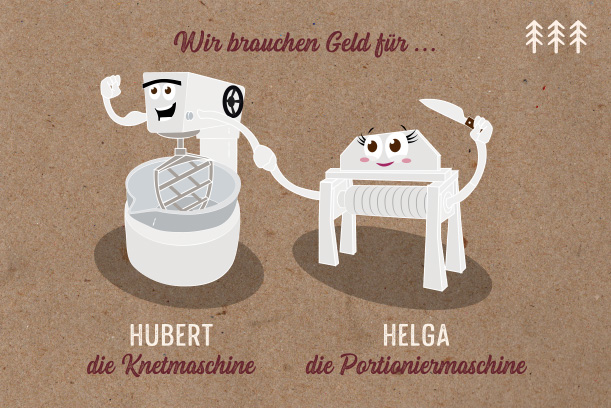 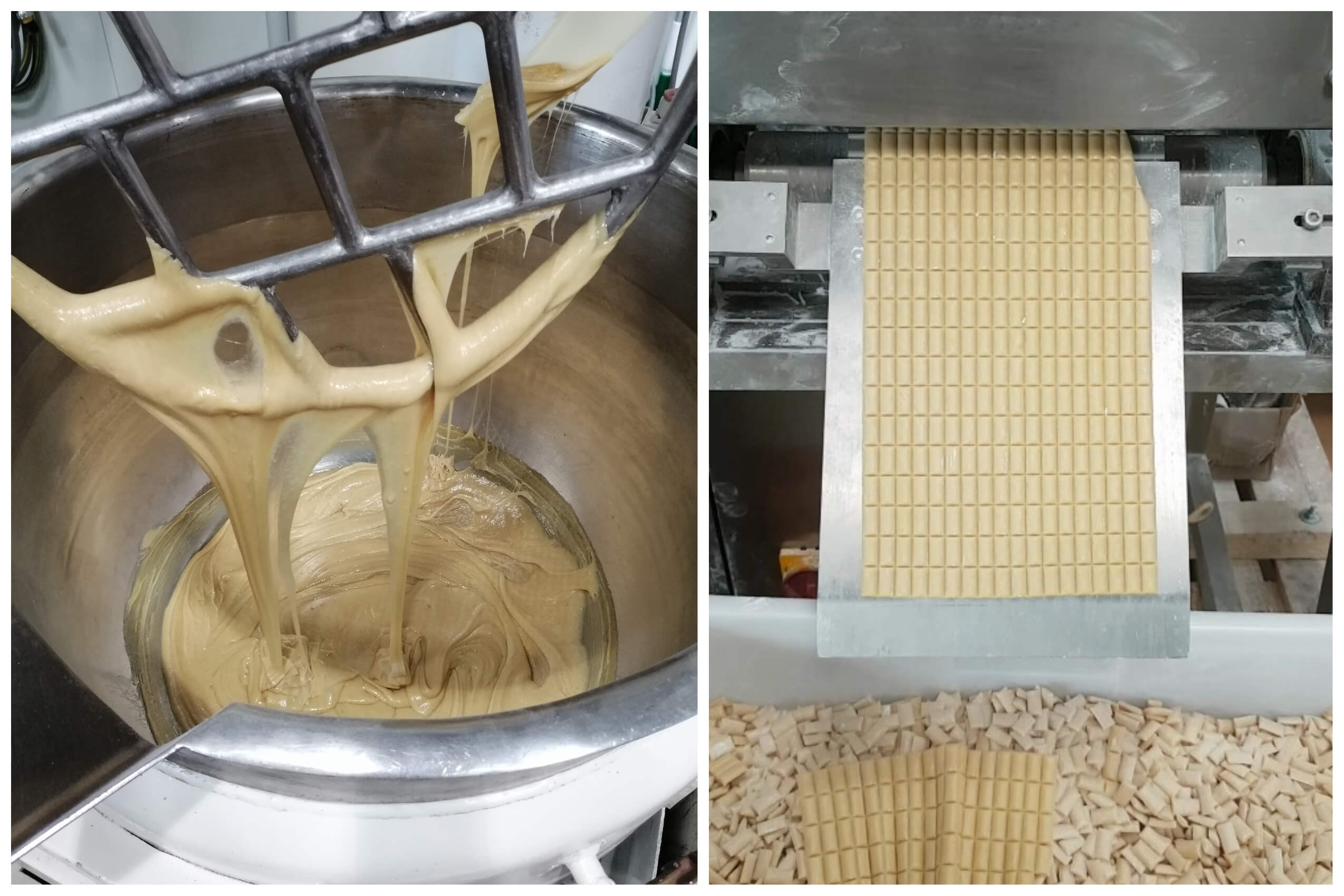 Since then, we have been producing our chewing gums in a climate-neutral way at a Viennese family business. A lot of manual work is still necessary, but the two machines make our production much easier. We are proud of how far we have come with our idea and are constantly developing the product further.

The intensive first year would not have been possible without the help of our friends and families, who helped us again and again with the packaging. We would like to take this opportunity to thank them once again, as well as our crowdfunding supporters who made it possible for us to purchase machines.