The handcraft of resin extraction - The "Pecherei"

As you already know, the gum base of our Alpengummi consists of the natural raw materials tree resin & beeswax. But how and where is the tree resin actually obtained?

What do you actually understand by the craft of resin harvesting, in german “Pecherei”?

“Pechen” (pitching) is the name given to the process of extracting resin from black pine trees and is a centuries-old tradition in Austria. Especially the handcraft of resin harvesting in Lower Austria - the “Pecherei”, which was included in the UNESCO list of intangible cultural heritage in 2011, has long strengthened the region and is a proud craft. In the last century, however, the valuable domestic resin was displaced by petroleum products and imported cheap goods.

We at Alpengummi would therefore like to seize the opportunity to help this old craft regain recognition.We therefore do not only want to use the resin as an ingredient, but also help this dying craft to flourish again by promoting resin, the “Pecherei” and transparency about the ingredients (which is actually unusual for conventional gum bases!). 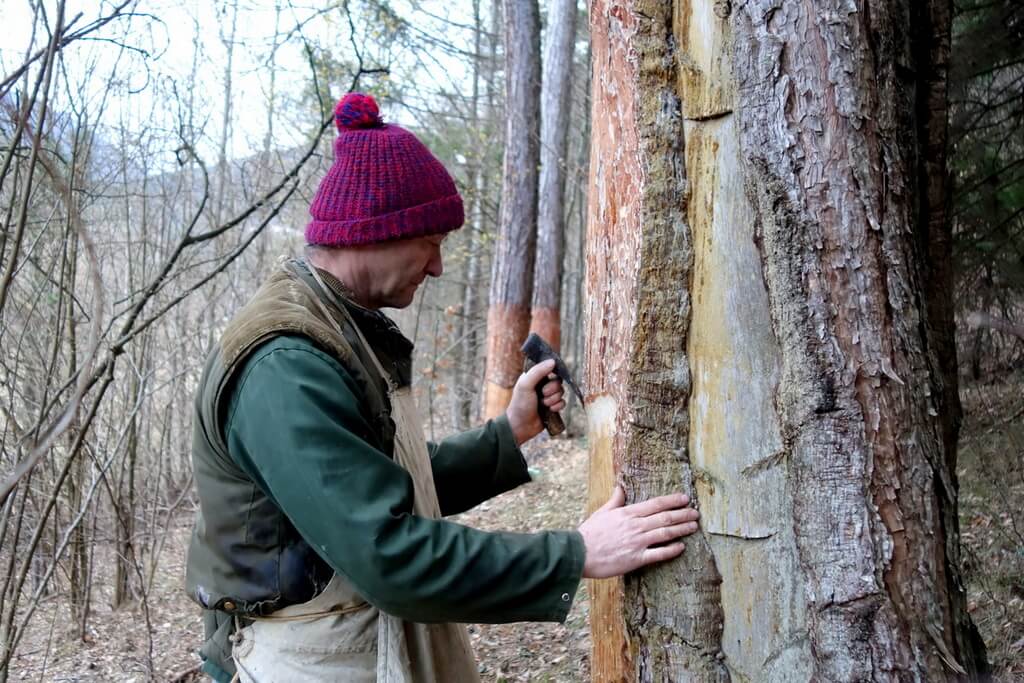 The annual work of the “Pecher”

The working year of a “Pecher” (the name of the person who wins the resin) is split up - according to the seasons - with different main activities. In principle, seasonal work begins in spring, when the most demanding work is done by cutting off the bark of the trees.

Afterwards, the resin can flow from the “wound” into a pot - led by wooden slats. After harvesting, when winter is approaching and the trees are hibernating, so to speak, other work is done. For example, the wooden slats for the next season are made and the tools are brought back into shape so that the work process can begin again smoothly in spring!

Effects on the trees

The traditional handcraft of the “Pecherei” takes care that the effects on the tree are kept as low as possible! In the early days of resin harvesting, the bark was burned off over the entire circumference of the trunk, causing the tree to die. Nowadays, however, the modern form of resin extraction does not affect the tree’s viability, as not all the bark is removed. This allows the tree sap to continue to flow, thus ensuring that the crown is supplied with water and nutrients. After the trees have been tapped for resin extraction, they can continue to live (they just grow a little slower) and can even be harvested again. Although the wood from these trees is generally of lower quality and is therefore mostly used as firewood, the cross-sections also have a high designer value due to their interesting shape! 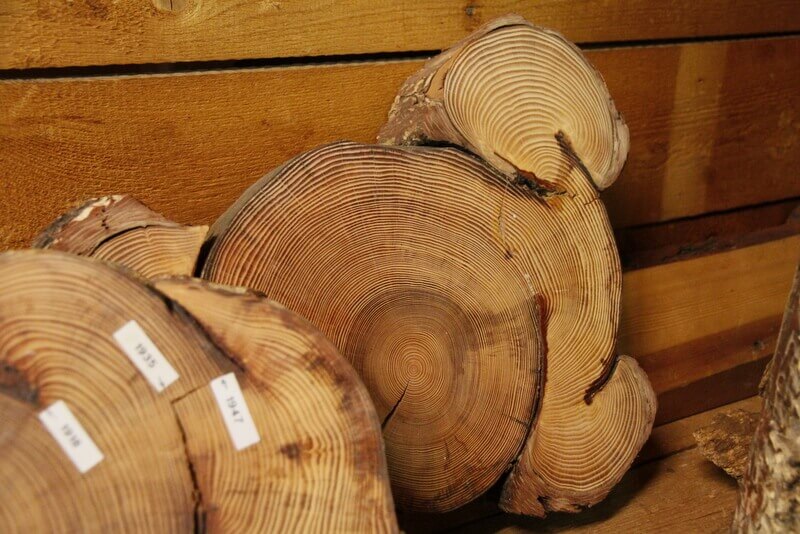 The most used tree for resin extraction

The black pine is the tree most commonly used for harvest extraction in Austria. Already in the glorious Roman times it was used for resin extraction, as it is the tree with the highest resin content of all conifers. Resin was used in many areas, including to waterproof ships (so without resin, shipping would not have been possible!). Under Empress Maria Theresa, the foothills of the Alps in the southern region of the Vienna Basin were reforested with the Lower Austrian black pine (pinus nigra austriaca) in order to stop erosion and harvest this valuable raw material.

The handcraft of the “Pecherei” - a tradition in Austria

For a long time, resin extraction and processing represented the economic basis of life for many families in the region. After the professional craft had lost its value in the 1950s (in its peak, around 7000 families could still make a living from this craft), black pine was also used less. Nowadays, only a handful of “Pecher” practice this craft, which is why harvest extraction in Lower Austria was included in the UNESCO list of Intangible Cultural Heritage in 2011. Alpengummi would like to help this beautiful craft to gain new recognition and support the “Pecherei” in Austria!

The association “[KEAföhrene]()” owes its name to the colloquial word “Kien”, which describes the particularly resinous parts of the tree (e.g. also in the word Kienspäne). The “verkienten” parts of the tree are particularly durable and tough and so in dialect not only the trees but also people with seemingly similar characteristics are called “Keaföhrene”. The members of the non-profit KEAföhrene - association consist of persons, companies and communities, who have made it their goal to bring the associated cultural heritage to the public. They offer a colourful mixture of products, information and activities around the black pine and the “Pecherei”. Alpengummi is also a member of this unique association.

With this article we would like to show you that traditional handicrafts in Austria should get more attention again. Because promoting the local economy and especially regional products is not only good for the environment, but also for ourselves!